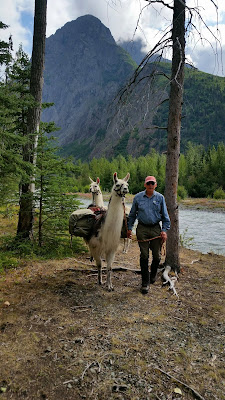 The "precautionary principle" originated as a strategy to deal with possible risks where scientific understanding/study was not yet complete (i.e. nano technology and genetically modified foods.) However, the precautionary principle (precautionary approach) has also been used by policy makers to justify discretionary decisions in situations where there is a possibility of harm from making a certain decision when they deem there is inadequate scientific knowledge.

Why Should I Care?
The danger is that a precautionary (no risk) principle/approach fails to recognize there is no such thing as zero risk. For example, a scientific risk assessment recognizes the existence of "risk" and attempts to quantify it. The objective is to determine the likelihood of something happening and the consequences. Although science can provide a high level of confidence it can never provide absolute certainty. The precautionary principle places an impossible burden of proof on the user group upon which it is imposed.

A public agency can apply the precautionary argument to arbitrarily block any user group or any activity if there is even the slightest theoretical possibility of harm. Government agencies can then decide what is “safe” and what is “not safe enough” without any accountability as to whether their decisions actually reduce overall risk. “Precautionary” justifications are quick and easy. These justifications don’t require much (if any) research or even a fundamental understanding of the application of scientific principles. They are characteristic of scientific illiteracy. Scientifically Illiterate America (by the Hoover Institution, Stanford)

Precautionary Principle Applied to Pack Llamas
In the case of pack llamas, a zero risk policy or "precautionary approach" is not warranted or appropriate for several reasons. There is sufficient scientific evidence to show llamas pose no more of a disease threat than horses which are the preferred pack stock on our pubic lands. Furthermore zero risk/precautionary approach is not being applied equally to all user groups. “The precautionary principle” is not a legitimate argument when it is selectively applied to a user group or activity without taking into consideration the same or similar risks presented by other user groups (i.e. horses) and activities that are permitted without such restrictions.

What Can I Do?Make comments to Chugach National Forest (CNF) about the llama ban by Oct. 29, 2019 at this link:
How to Object/Comment

The comment below was made by Alaska Llamas to Chugach National Forest (CNF) in response to their apparent use of the "precautionary principle" as the basis for their decision to ban llamas.

By this comment I am providing formal notice of objection to the Final Chugach National Forest Land Management Plan (signed by Jeff E. Schramm, Forest Supervisor) during the 60 day objection period beginning approximately August 30, 2019. I strongly object to the "final" Chugach National Forest Land Management Plan (CNFLMP) restrictions/prohibitions on pack llamas because Chugach National Forest (CNF) has not justified that "lamas" pose a significant disease threat. The final CNFLMP decision states on page 55, "Personnel conducting Forest Service management actions or authorized activities (employees, contractors, cooperators, and special use permit holders)" shall not use or keep "lamas". While this apparently does not apply to public recreational pack llama users, it does not allow "lamas" for these specified activities (to include commercial llama packing). CNF's point of introduction through use by sanctioned personnel leaves the door wide open for banning private recreational use in a predictable, logical progression. If they are established as a threat in official use, it would follow they are a threat in all types of use. This decision would set precedence on the USDA-USFS.

In this comment (objection) I will address "the precautionary principle" because when I called CNF on the telephone on September 3, 2019 (to ask about the sudden and unexpected inclusion of "lamas" in the "final" CNFLMP) I was told that "CNF does not have enough information" on the pack llama disease issue so they are "invoking precautionary measures".

The precautionary (no risk) principle fails to recognize that although science can provide a high level of confidence it can never provide certainty. So CNF's "precautionary" rationale gives them carte blanche privilege of invoking an impossible burden of proof upon whoever they choose to impose it upon. CNF can apply the precautionary argument to arbitrarily block any user group or any activity if there is even the slightest theoretical possibility of harm. CNF can arbitrarily decide what is "safe" and what is "not safe enough" without any accountability as to whether their decisions actually reduces overall risk.

It is interesting to note (from a historical perspective) that the National Park Service invoked "the precautionary principle" through "Director's Order #100" and then it was subsequently rescinded. See the following link: DIRECTOR’S ORDER #100

With respect to CNF's position that there is "not enough information" to allow a user group, this is another impossible burden of proof they can place on whoever they choose to impose it upon. It is a vague position that can't be quantified. How much is enough?

With respect to any argument that "Alaska wildlife populations are unique" and "may be especially vulnerable to disease due to long term isolation", recent research from the Alaska Department of Fish and Game (ADF&G) suggests that Alaska's Dall's sheep populations may have been first exposed to pathogens of concern beginning many years ago. Until very recently most wildlife disease experts thought these pathogens were nonexistent in Alaska. For example ADF&G recently announced new M. ovi research findings (2018) indicating that Dall's sheep populations throughout much of Alaska (including some of the remotest parts of the Brooks Range) currently carry the pathogen and may have been carriers all along. Additional evidence from ADF&G suggest that Alaska's moose and caribou carry the pathogen and are also potential vectors. Until recently, the primary potential vector was thought to be domestic goats and sheep but the current research suggests otherwise. Regardless of whether wild sheep and goats in Alaska are "immunologically naïve" or not, all domestic animals (i.e. dogs, horses, etc.) are potential vectors for disease transmission to wild sheep. The weight of scientific evidence (if CNF were willing to look) reveals that llamas present one of the lowest risks (if not the lowest risk) among pack animals.

In summary, I request that CNF refrain from identifying "lamas" (pack llamas) as a disease threat and remove all reference in the final CNFLMP that implicate them as a disease threat. I also request that CNF remove all sanctions, restrictions, and prohibitions on "lamas" in the final CNFLMP.
(Objection/comment by Phil Nuechterlein)