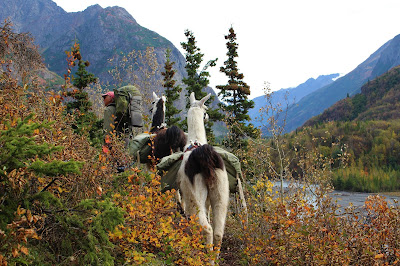 Chugach National Forest (CNF) "short circuited" the NEPA process by providing no pubic notice to eliminate commercial use of pack llamas based on a perceived disease threat to wild sheep and goats. Since CNF's ban identifies pack llamas as a disease threat, this opens the door to eliminate them for all uses (including recreational) in the future. The public process was "short circuited" because CNF did not include verbiage that banned llamas in their draft Chugach National Forest Land Management Plan that was open for public comment in 2018.  However, this pack llama ban was added to the Final Chugach National Forest Land Management Plan after the public comment period was over which effectively eliminated comment by the pack llama user group. Now the pack llama user group is faced with protesting the final CNF decision during the objection period. Your comments on past proposals to ban llamas on pubic lands has been very effective and we need your support again. We need to turn the tide on this CNF “Final” decision otherwise this may establish a precedent to eliminate the pack llama user group in the lower 48 states. Our last chance to comment is now.

Objections must be submitted to the Objection Reviewing Officer by one of the following methods:
• Electronically to the Objection Reviewing Officer via the CARA objection web form:
https://cara.ecosystem-management.org/Public//CommentInput?Project=40816
Electronic submissions must be submitted in a format (Word, PDF, or Rich Text) that is readable and searchable with optical character recognition software. An automated response will confirm that the electronic objection was received.
• Via regular mail, carrier, or hand delivery to the following address: USDA Forest Service, Attn: Objection Reviewing Officer, Alaska Region, 709 W. 9th Street, Juneau, AK 99801, or P.O. Box 21628, Juneau, AK 99801. Note that the office hours for submitting a hand-delivered objection are 8:00 a.m. to 4:30 p.m., Alaska Time, Monday through Friday, excluding federal holidays.
• Via fax to (907) 586-7840. Faxes must be addressed to “Objection Reviewing Officer.” The fax coversheet should specify the number of pages being submitted.
• Individuals who use telecommunication devices for the deaf (TDD) may call the Federal Information Relay Service (FIRS) at 1-800-877-8339 between 8:00 a.m. and 8:00 p.m., Eastern Standard Time, Monday through Friday.

(a)   All or any part of a federal law or regulation,
(b)  Forest Service Directive System documents and land management plans or other published Forest Service documents,
(c)  Documents referenced by the Forest Service in the planning documentation related to the proposal subject to objection, and
(d)  Formal comments previously provided to the Forest Service by the objector during the plan amendment comment period.
Sample comment:

In summary, I request that CNF refrain from identifying “lamas” (pack llamas) as a disease threat and remove all reference in the final CNFLMP that implicate them as a disease threat. By this letter I am providing formal notice of objection to the Final Chugach National Forest Land Management Plan (signed by Jeff E. Schramm, Forest Supervisor) during the 60 day objection period ending October 28, 2019.

***If you are submitting a comment electronically, don't include personal info in your online comment as this can be viewed by anyone.